The Transformation of Estepona ‘Garden of the Costa del Sol’ In the last decade Estepona has experienced one of the most outstanding modernisation and transformation processes in its history and on a national scale. The model launched in 2011 by the mayor of Estepona, José María García Urbano, has allowed the creation of a renewed city, with new public facilities, better services and with a higher quality of life. The remodelling and beautification of the urban city center with the project ‘Estepona, Garden of the Costa del Sol’ was the initiation of the revitalisation and resurgence of this beautiful Mediterranean municipality. This project is perhaps one of the most spectacular conceptual transformations of an urban environment in Spain, through a huge recovery, beautification and expansion of the historic center of Estepona.

This project has transformed more than 130 streets in Esteponas Old Town; that is, about 18 km of pedestrianised roads, remodelled and decorated in the Andalusian style with thousands of trees and flowers. There are also citizen friendly spaces, creating unique tourist attractions, which in turn has fostered an economic recovery and the revitalisation of the commercial, tourist and social life of the city. Estepona is today a city to live and to live in.

The results of this economic revitalisation has been notorious, Estepona being among the municipalities that leads the creation of employment in Andalusia and public investment within the province of Malaga.

This urban transformation also includes the creation of an open-air art museum, with more than 60 artistic murals on the facades of the buildings; the creation of the Botanical Orchid Park, a green lung in the heart of the city, which houses one of the most unique and important collections of orchids in Europe; the construction of a theater-auditorium; the construction of a state of the art hospital; the creation of new green areas and leisure spaces, doubling the existing surface up to now and the extension of the coastal footpath ‘Senda Litoral’ that allows you to walk or cycle the entire coast enjoying the sea and unbeatable views of the city.

Estepona is currently fully involved in a new economic and social recovery scheme to combat the effects of the pandemic. Specifically, Estepona City Council began to mobilise the largest volume of public investment in the history of the city in March, injecting into the local economy more than 80 million euros. This will go towards productive investments that contribute to the improvement of the city and the maintenance and creation of employment. In addition, there are plans to support local companies through contracts for minor works and initiatives for the reactivation of local commerce by promoting local establishments.

The local council has also attracted private investors and sponsors. This way the city has benefitted from new tourism and urban, cultural and leisure projects that have contributed to the modernisation and excellence of the city.

All in all, Estepona represents the success of a sustainable city that is faced with a bright future and new initiatives to consolidate the well-being of its citizens and their quality of life.

Data and information supplied by the UE Studio of the Unidad Editorial for the Estepona Council.

Estepona is an ideal place to not only take long walks...

1 – How do I choose the right estate agency? Having o..

It has been quite the start to 2020 and following the s..

Immaculate apartment for sale in Estepona port with sea views

270.000 €
Immaculate light apartment near Estepona port. This super property offers spacious living and is fantastic condition having been totally renovated with new open plan kitchen and glass curtain windows on the ...
17

544.250 €
Azata golf villas is a gated complex comprised of 45 detached and semi-detached villas in a new and up and coming location. Situated on the West side of Estepona town, just 1km from the beach and 5 minutes in ...
19

1.299.000 €
Possibly the best views on the coast! This modern detached villa is built on an elevated spacious plot only minutes from Estepona town centre. The villa offers unobstructed coastal views as well as wonderful ...
28

998.000 €
Imposing and unique villa only metres from the beach in the highly sought after area of Casasola, next to Guadalmina baja. The property has many original features and would be an extremely interesting ...
1

1.100.000 €
Future Homes is delighted to offer this well appointed country property located just one kilometre from Estepona town centre. The villa is mostly distributed on one level with 3 en-suite bedrooms on the lower ...
36

Penthouse for sale in Doncella Beach

1.690.000 €
Spectacular spacious penthouse apartment is located in what is considered to be the most desirable areas in Estepona. Doncella Beach is a gated community of 85 low rise apartments spread over 7 buildings. ...
10

Apartment for sale in Valle Romano

309.000 €
Future Homes is proud to present this fantastic new development located in the natural environment surrounded by golf courses of Valle Romano and Azata Golf, only 5 km from Estepona port, comprises 115 ...
13

SOLD
This super spacious one bedroom apartment has been refurbished to a high standard. With a new kitchen with Balay appliances, bathroom with walk-in shower, new floors, double glazed windows and AC units ...
17

Apartment for sale in Valle Romano

215.000 €
Future Homes is proud to present this fantastic new development located in the natural environment surrounded by golf courses of Valle Romano and Azata Golf, only 5 km from Estepona port, comprises 115 ...
13

Our director Victoria has over 20 years experience in Real Estate and specialises in Estepona. Get in touch if you would like to arrange a visit. 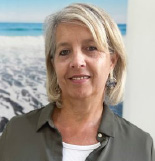